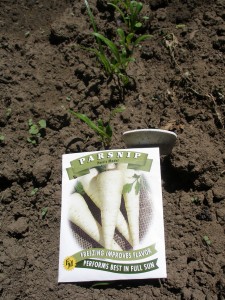 I like to garden and I like parsnips. Each April I sow a few rows of parsnip seeds and wait two or three weeks for them to germinate. For the last few years, I have been unlucky; most of my seeds were stored too long and had died. The waiting period between sowing and sprouting was a time of uncertainty; would the seeds grow or were they dead?

Dreams are like seeds, they remain dormant for a season. But with dreams there is no packet stating how long germination takes and when to dust off the recipe book to enjoy the harvest. Sometimes God keeps us waiting so long that it seems more like death than dormancy.

Joseph experienced the death of a dream. It died suddenly when he slumped to the bottom of a pit. His brothers had thrown him there. Joseph buried it deep as slave traders sold him to Potiphar, the captain of Pharaoh’s bodyguard, in Egypt.

Some people make the mistake of linking their whole relationship with God to the outworking of a dream. When their dream dies so does meaningful relationship with God. They are the saddest souls; they go through the motions of Christianity but with little life. Occasionally they bemoan their loss and muse about how wonderful life could have been. Joseph did not make that mistake. Evidently, he remained close to God and enjoyed blessings right there in unjust captivity.

The Lord was with Joseph, so he became a successful man. And he was in the house of his master, the Egyptian. Now his master saw that the Lord was with him and how the Lord caused all that he did to prosper in his hand. (Gen. 39:2-3)

Joseph probably had no idea at that point, but under the surface, a dream that he thought dead had begun to germinate.

3 thoughts on “Death of a Dream”